We booked tickets online for the London Sightseeing and decided to add on tickets for the Tower of London.  It's cheaper if you book and pay for your tickets online.  There are some really good attractions that you can add onto your London tour ticket.

Our friends suggested that we visit the Tower of London on our first day, as there would be less people due to school holidays in Europe.  It is a good idea to avoid large school groups.

One of the requirements for booking tickets online was that you had to validate them and swap your email confirmation for actual tickets.  It so happened that there was a London Sightseeing tour office near the Tower of London (or so we thought), so we decided to head there.


If you're looking for an office or even a booth, think again.  We hunted high and low for the ticket office.  The "ticket office" or people who validate your email confirmation is actually a bus stop, located across the road from Tower Hill Station on Tower Hill (Road). 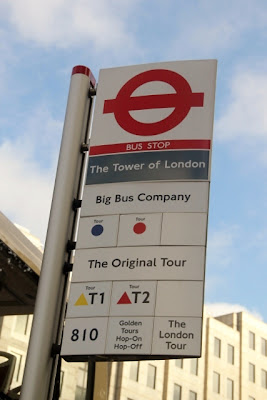 This is the statue that is close to the bus stop where the ticket validating people are.  Look out for it and you'll find the bus company team handing out tickets. 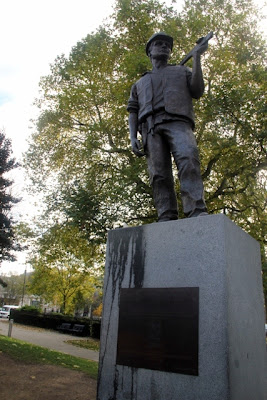 
Constructed over 900 years ago; Her Majesty's Royal Palace and Fortress (more commonly known as the Tower of London) is a historic castle on the north bank of the River Thames in central London.

There is a total of 20 towers located within the Tower of London.

The entrance fee includes a 60 minute Yeoman tour, telling you exciting tales from the Tower's past.  The website recommends that you allow at least 3 hours to make the most of your visit to the Tower. 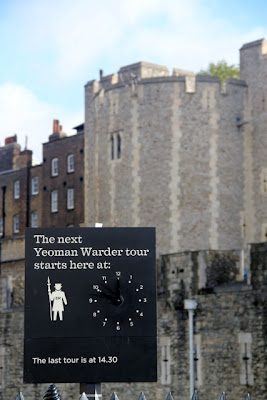 To become a Yeoman Warder, one needs to have at least 22 years' military service, to have reached the rank of warrant officer, to have been awarded the long service and good conduct medal and to be between 40 and 55 years old on appointment to the role.


Visitors enter the Tower of London by the same route as those who came riding over the drawbridges in the late 13th century onwards.

You then head through The Byward Tower (built in 1281) entrance passage, protected by two immense 13th-century cylindrical turrets. 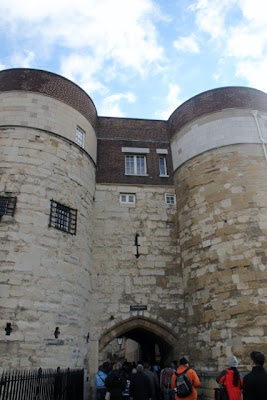 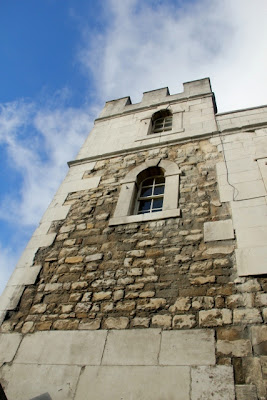 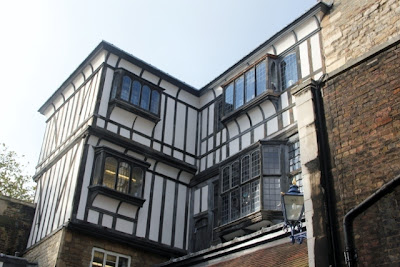 Traitors' Gate (formerly St Thomas's Tower Gate) is supposedly the entrance where prisoners accused of treason arrived at the Tower. 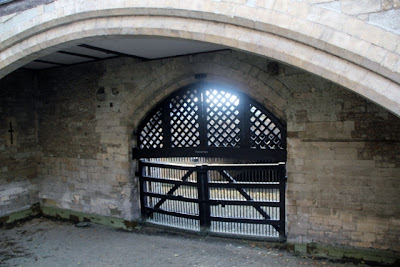 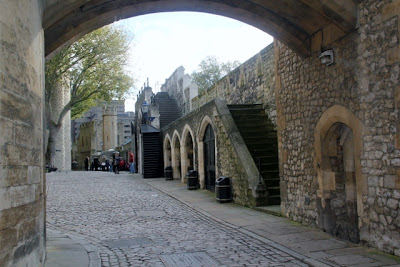 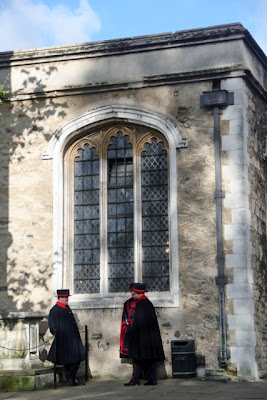 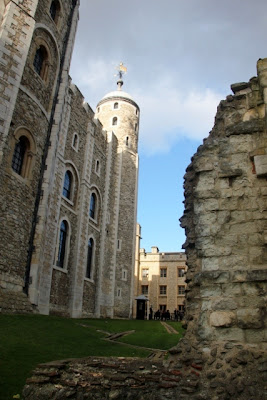 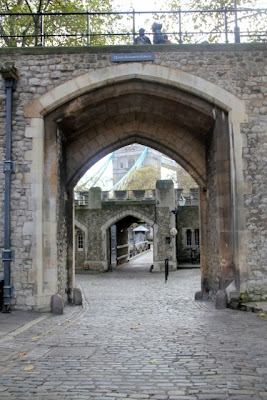 
Legend says that the kingdom and the Tower will fall if the six resident ravens ever leave the fortress.  It was Charles II; according to the stories, who first insisted that the ravens of the Tower be protected.

Today the Tower's seven ravens (one spare) are carefully looked after by the Ravenmaster. 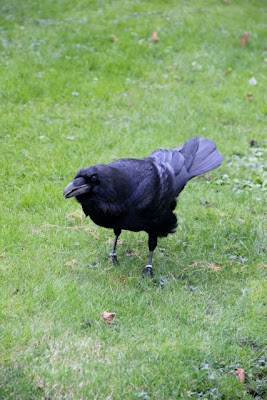 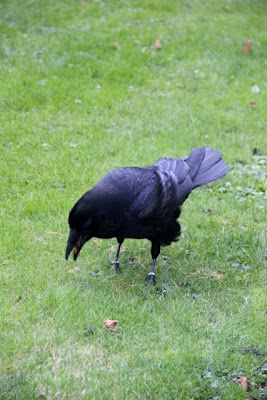 
No visit to the Tower is complete without seeing the world famous collection of fabulous finery housed in the Waterloo Block.

All the jewels on display are real, they are not hidden away in a secret vault.  I was amazed that you are able to stand only a few centimetres away!

The Crown Jewels look the part.  They are gloriously ornate, intricately made and have inspired acts of greed, violence and even spawned stories of evil curses.  They also stand as a potent symbol of Britain's enduring monarchy.

Most of the gold and silver jewel-encrusted pieces on display are those objects used at the coronation of a sovereign and are collectively known as Coronation Regalia.

No photography is allowed in this exhibition.

This is a photo of Her Majesty Queen Elizabeth II wearing the Imperial State Crown and holding the Sovereign's Sceptre with Cross and the Sovereign's Orb, on the day of her coronation, 2 June 1953. 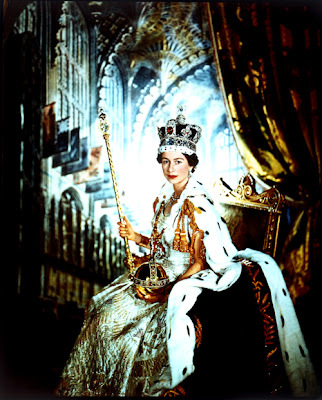