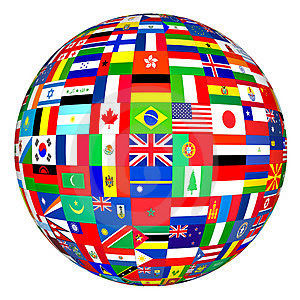 Rotation Curation (also #RotationCuration) is the concept of rotating the spokesperson on a broad scoped social media account. Such scope can be a location, country, and organisation, a group and so on. This concept is prominent on Twitter.

The concept origination on December 10, 2011 when the official Twitter account @Sweden was created and handed to a new Swedish person every week to manage, with the expressed goal to manifest Swedish diversity and progressiveness through their own personality.

I am excited to announce that on the week commencing 25 February 2013, I'll be curating for New Zealand on Twitter for the week. Follow them here at @PeopleofNZ. If you'd like to curate for a week, sign up at http://peopleofnz.wordpress.com.

It will be different, yet exciting.  As you all know, I'll be tweeting from Singapore, and we're 5 hours behind NZ so the tweets should be very interesting.  That's me circled in the picture below.  So c'mon, follow me at @SGKiwiExpat. 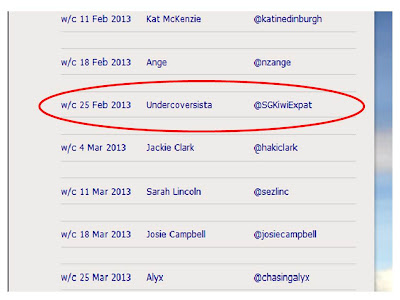