Invasion of the Lyssa zampa moth

Well, not really an invasion. We spotted and photographed this nice looking Lyssa zampa moth (also known as the 'tropical swallowtail moth') at Raffles Place today.

Adult moths are thought to appear annually in Singapore between May to July in urban areas near forests. It is not know if this apparent seasonal emergence is typical of populations elsewhere. 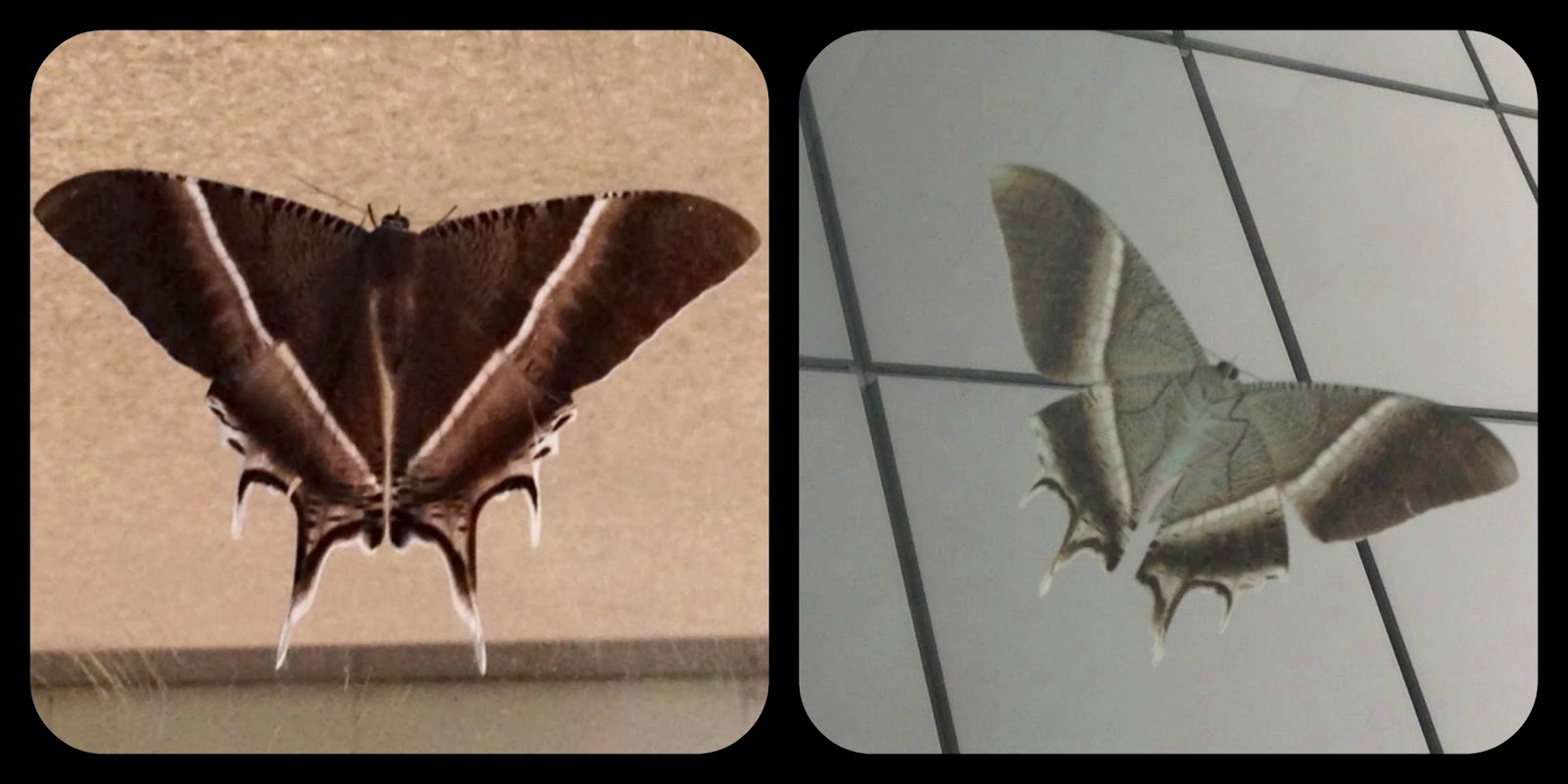 Have you seen this moth in or around your area?