Whilst I was back in New Zealand in August, hubby booked us a trip to London and Paris.

It was our first time flying on Singapore Airline's A380, it was really impressive! 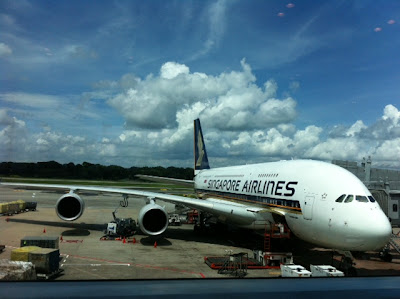 It wasn't a full flight to London, the crew told me there were less than 100 passengers on the lower deck.

As I've mentioned previously, the quality of the meals on Singapore Air are poor.


We arrived over the land of the United Kingdom and was preparing to land at Heathrow Airport, when the pilot mentioned that we had to delay our landed for at least 20 minutes because there were a lot of planes coming and going.

The picture below is not clear (my apologies), but because of air traffic, we had to do a "racecourse maneuver" before landing. 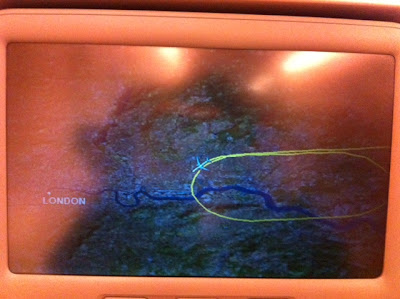