Indian Safari display at Gardens by the Bay

It's been a while since I was last at the Gardens by the Bay and blogged about it. So when I saw there was an Indian floral display, it spurred me to visit again.

I asked It's Lynny Kansas if she wanted to come along and she agreed so we met up outside the Flower Dome and headed on in.

To be honest, I really didn't read too much into the website. I assumed that as it was Deepavali there would be some kind of information kiosk inside the dome which informed visitors the meaning and history of this day.

This display show more of the cultural icons of Hinduism.

There was an Elephant display, as they are sacred animals to the Hindus. 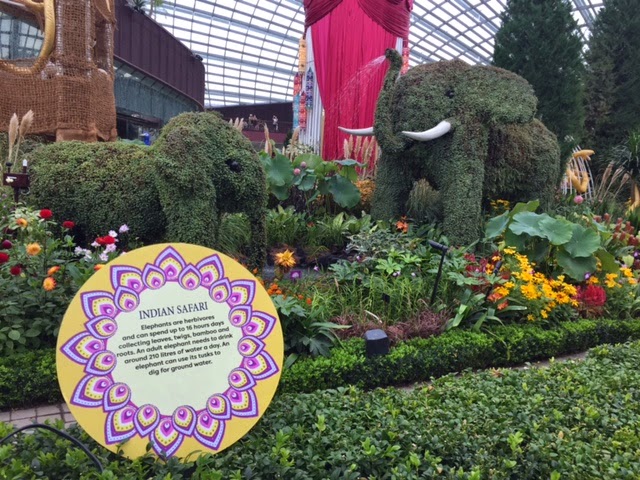 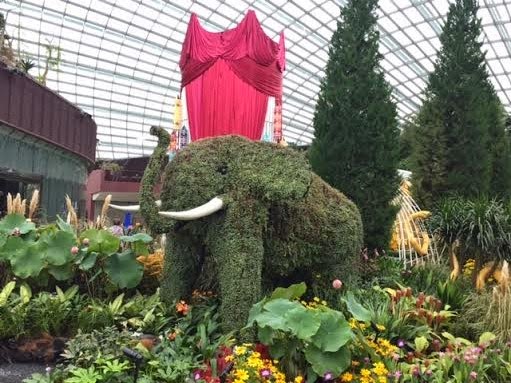 They also had an Antelope display. Upon further investigation via Google, this is actually a blackbuck and  is held sacred by the Bishnoi tribes of Rajasthan. 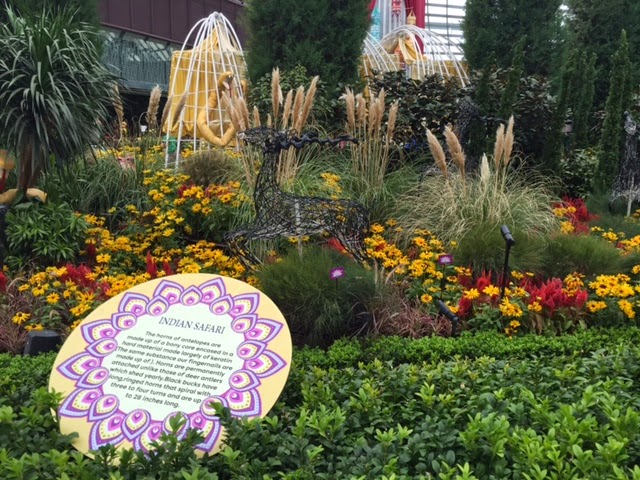 The peacock is considered sacred in Hindu religion. The divine vehicle or vahana of Lord Muruga is a peacock named Paravani. 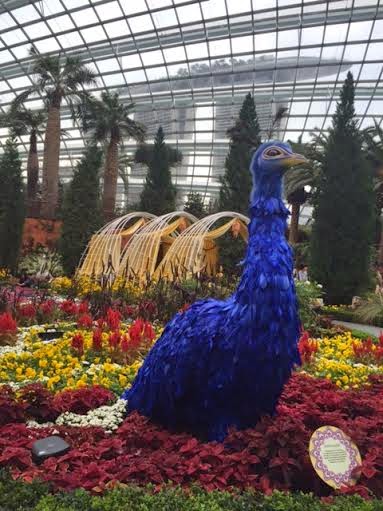 The tiger is associated with Lord Ayyappan of Sabarimala, who was born by the union of Lord Shiva with Mohini (incarnation of Lord Vishnu). 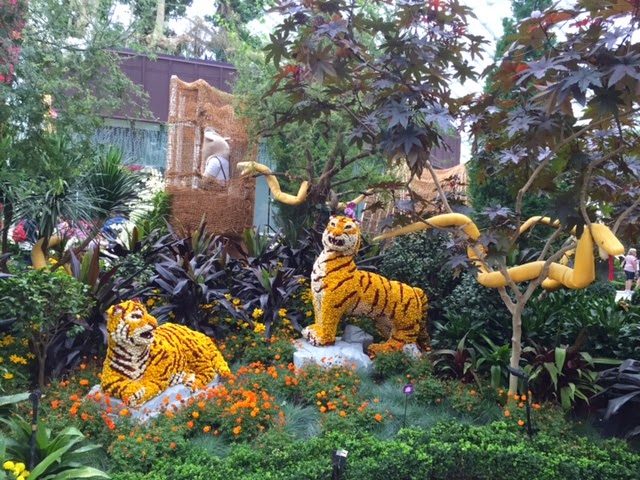 As mentioned above this was more of a safari display, rather than informing visitors of the meaning behind this traditional Indian holiday. Here are pictures of other displays, including a bear that we thought 'didn't quite fit in.' 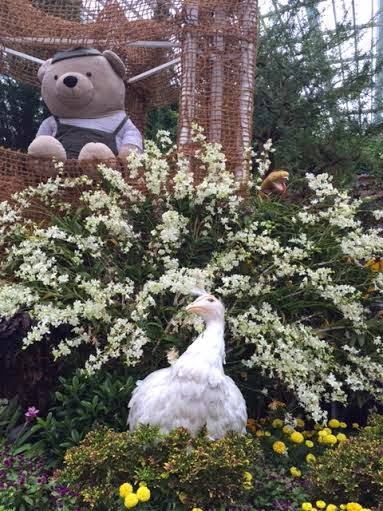 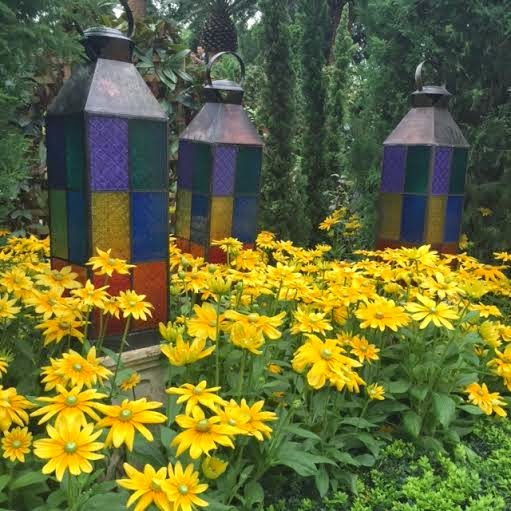 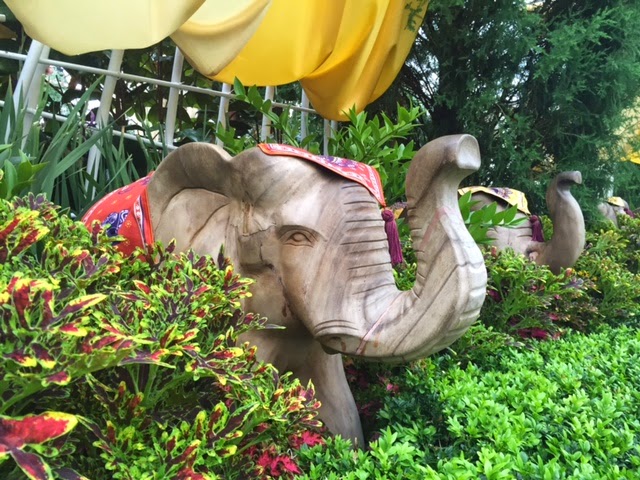 We both looked at this snake and agreed that he forgot to have his morning coffee!! What do you think? 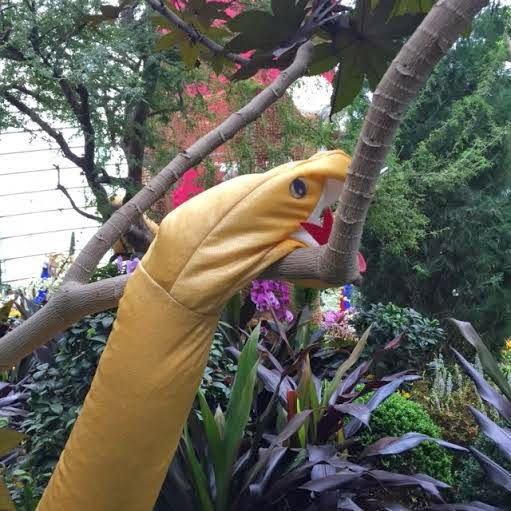 The Indian Safari display is on from now until 3 November 2014, in the Flower Dome.

Visit the Gardens by the Bay website for more information.