We recently needed some time out, and wanted to get off the "Little Red Dot". We were thinking of heading to either Thailand, Cambodia or Indonesia. We had a look at a couple of brochures taken from a travel roadshow, and settled on Bali for a few days of rest and relaxation.

It was our first time flying Garuda Indonesia ..... the service was a little average. 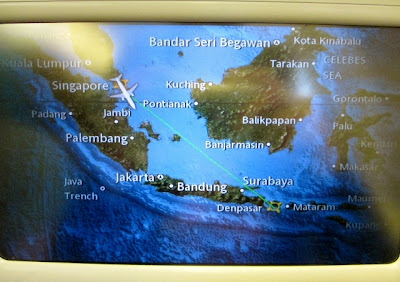 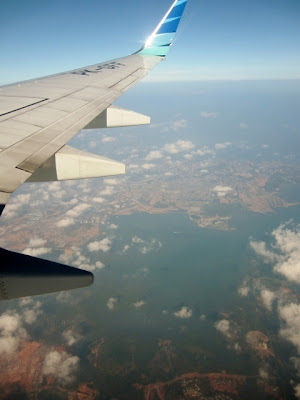 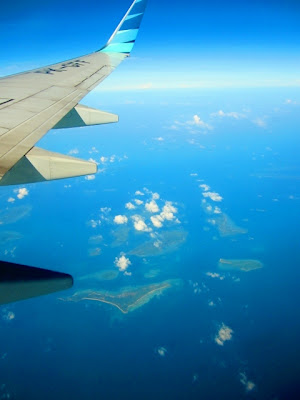 I must say that I have had better airline food on other airlines (flying economy). The beef was a little dry and it was served with (dry) sweet potato. What I did like about Garuda was the drink and napkin they brought around prior to take off. 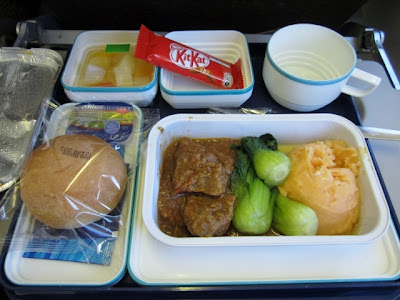 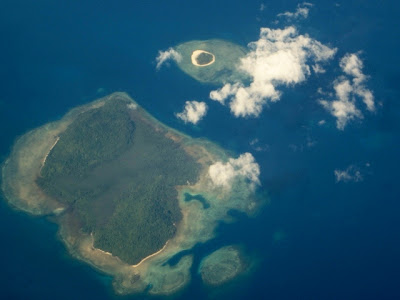 It was not such a comofrtable flight. The airline used was a 737, so that's three seats on either side of the plane. It was only about a two-hour flight, so it was not long before we landed in Denpasar. 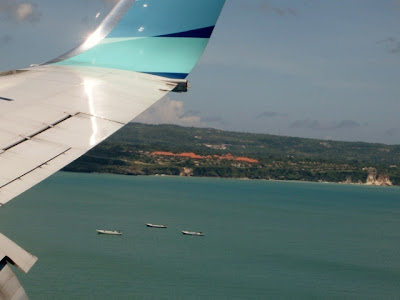 Four days later, we headed back to Bali Airport (Ngurah Rai) for our flight back to Singapore. 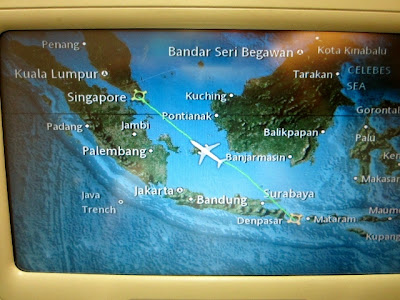 The service on our flight back to Singapore was poor, there didn't seem to be enough service staff for the number of passengers. Qudos to the air hostess who managed to serve dinner and drinks all by herself. As you can see from the picture below, she did forget the bread roll. 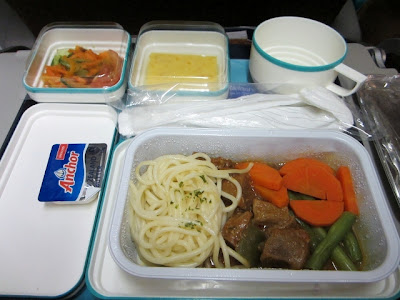