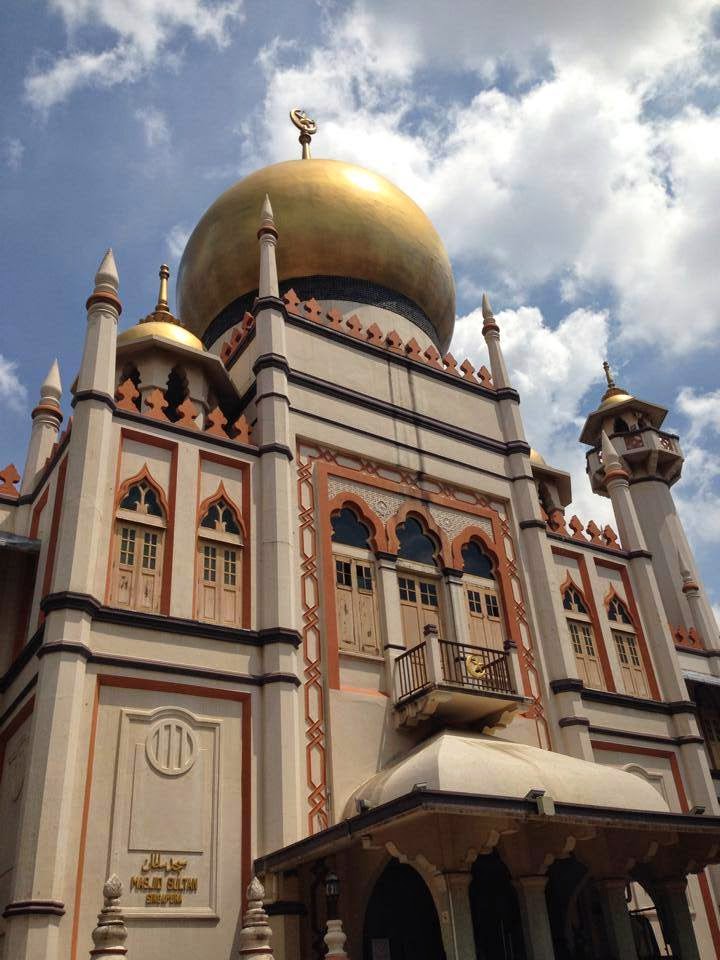 Masjid Sultan (Malay for the Sultan Mosque) is a premier Mosque in Singapore and a prominent landmark in the Kampong Glam (Arab Quarter) area.

The mosque was first built in 1824 for Sultan Hussian Shah, the first sultan of Singapore, and his followers with a grant from the British East India Company. The mosque was reconstructed after its centennial celebration, to the design of Denis Santry, an architect from Swan and Maclaren.

Once you enter this Mosque, you learn to understand the religion, culture adn the diverse ethnic group that make up the Muslim Singaporeans of today.

The main prayer hall can hold up to 5,000 worshippers, and is one of the biggest and most amazing religious structures in Singapore. Don’t forget also to check out the mosque’s dome base, formed out of many glass bottles donated by devotees during the mosque’s reconstruction, and is a great sight to behold.

The Sultan Mosque was gazetted as a national monument on 8 March 1975.

Visitors of all Nationalities and Religion are welcome to visit this Mosque, however, like most religious places of worship, the Sultan Mosque has a conservative dress code. If you are not dressed appropriately but would like to enter the mosque, there are cloaks available free of charge.


The Sultan Mosque is located at:
3 Muscat Street
Singapore 198833