The Tang Shipwreck: Gold and Ceramics from 9th-century China

In 1998, a shipwreck was discovered in shallow water near Belitung Island in the Java Sea. Careful study revealed this to be a 9th-century Arab merchant ship heavily laden with Chinese ceramics, gold, silver, and other precious objects from Tang dynasty China.

It soon became apparent that this ship, the oldest Arab vessel discovered in Asian waters, was no ordinary find. It was sailing from China back to the Middle East, where its journey had begun, and it provides direct evidence of the maritime trade between China, Southeast Asia, and the Middle East over a thousand years ago. It was carrying some 60,000 objects, including both mass-produced and rare ceramics, exquisite gold and silver objects, and everyday items belonging to the crew.

Here are some of the artifacts: 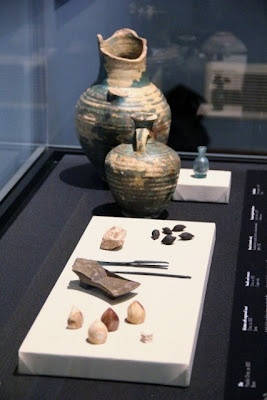 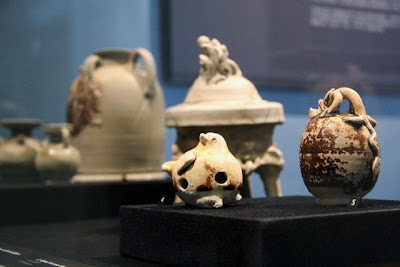 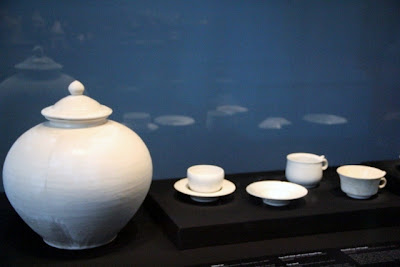 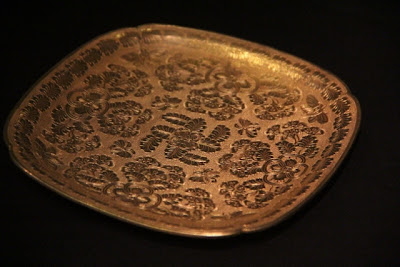 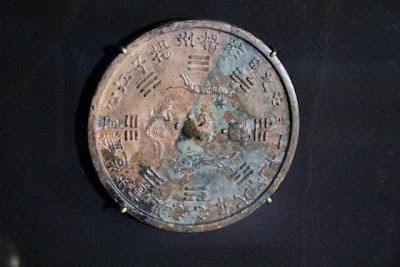 This mirror is the only surviving example of a celebrate form called "Jiangxin" or "Yangxin" (Heart of Yangzi), which was previously recorded in texts. It was supposedly cast abroad a boat moored in the Yangzi River at Yangzhou.

The Eight Trigrams on the mirror are associated with yin and yang, and repreent the continual process of change in the universe. The four mythical creatures signify the cardinal directions.

Inscription: "made on the 29th day of the 11th month of the 1st year of the wuxu era of the Qianyuan reign of the Tang in Yangzhou in the midst of the Yangzi River [from bronze] smelted one hundred times"