For the first time in Singapore, the largest jade statue of Buddha in the world comes to visit.

At 2.7 metres tall and weighing 4 tonnes, this Jade Buddha for Universal Peace was carved from one of the largest boulders of gem quality nephrite jade ever found. 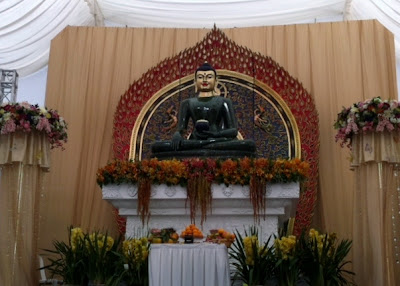 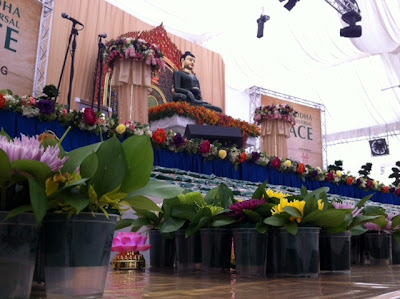 The Jade Buddha for Universal Peace will eventually be placed in Bendigo, Australia, inside the Great Stupa for Universal Compassion. Still under construction, the Great Stupa is modelled on the 500-year old Gyantse Kumbum stupa in Tibet. When completed, this will be the largest stupa to be built outside Asia.

The above information was taken from the official website of the Jade Buddha for Universal Peace.

It takes up to one week to create this beautifully symmetrical and intricately designed mandala that is a meditative expression of Kuan Yin. I asked a monk, and this mandala was to be completed today. 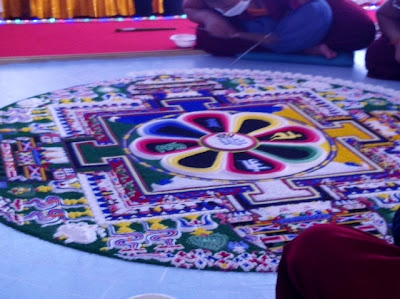 The reason why it takes them a week to complete this mandala is because millions of powder-fine coloured grains of sand are painstakingly laid into place.

Their works begins as the monks draw an outline of the mandala on a wooden platform, which requires a whole day. The following days see the layering of the coloured sands, which is done by pouring the sand into a traditional metal funnel, then holding the funnel in one hand, running a metal rod on to its grated surface. The vibration causes the sand to flow like liquid. 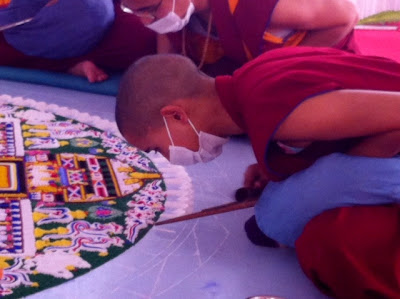 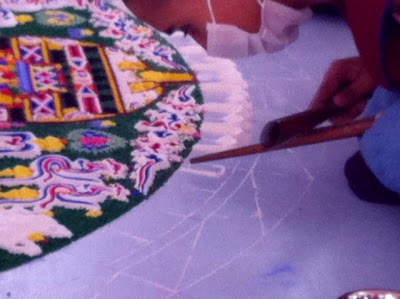 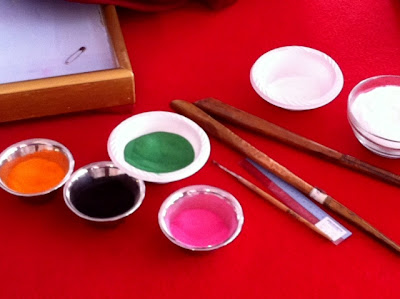 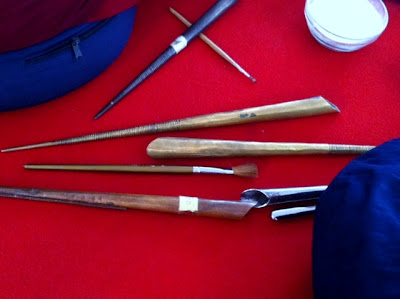