They are the sacred place for the Hindu's in Malaysia. They consist of three main caves and a number of smaller ones.  The caves are made of limestone and 400 meters long and 100 meter high.  They were discovered in 1892.

At your arrival you will be greeted by lots of monkeys. They are going for your peanuts and banana's, which you can buy in several shop, before you climb up to the caves. You have to climb 272 steps, which will lead you to the religious and magnificent Batu Caves. 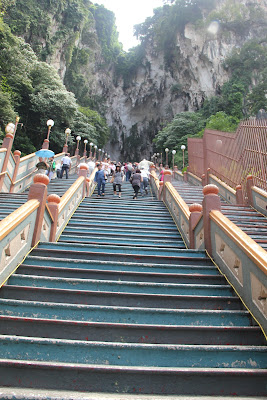 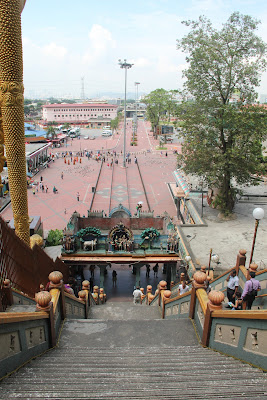 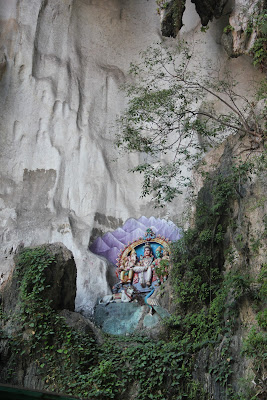 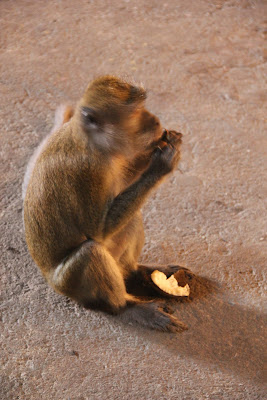 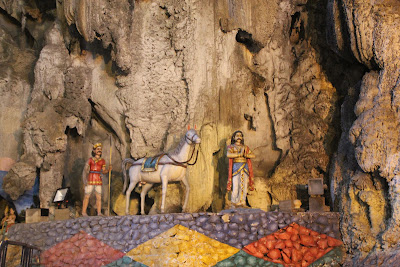 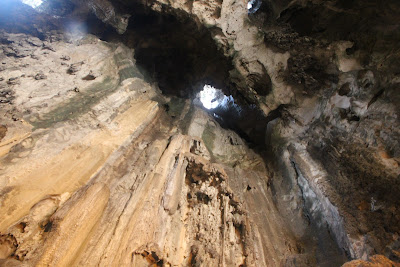 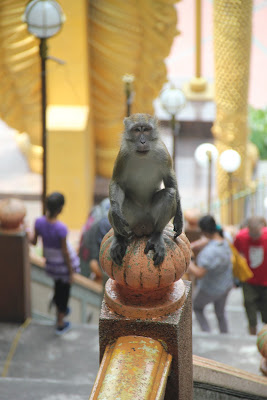